Yesterday I drove to Provo to meet with my friends the Bowlers. Amy, the mom, and her husband, Kent, and their son Brad and I are all presenting to the youth at the TJED Forum together on March 19th in SLC which is put on by http://tjedmarketplace.com. We will be speaking about the Hero Generation and The Fourth Turning. I am so excited! They had driven up from St. George to drop their son off at the MTC for his mission to Siberia. (Oy, I am glad that it is him and not me. God bless you Chris in the land of snow and the former Gulag!) I can only imagine what it will be like when I drop my son off in a year and a half. Families literally drop their missionaries off now. In the old days, with my brothers, the whole family would dress up like we were going to church and we could go into the MTC and have a program and watch a movie and sing songs and tearfully say goodbye. Now the families just get to drop them off at the curb and drive away, as if they had just left their dry cleaning. It seems a bit abrupt and unsentimental but I guess that’s the way the brethren want it now.

Anyway,  our meeting was nice for Amy to help her keep her mind off the fact that she had just said a two-year goodbye to her son. We got right to work and ditched my original outline and made a new outline for the presentation. Now we each have some homework to do to get ready. We shared some amazing stories about WWII that we are going to present. We are going to have so much fun in this. These are not your typical congratulatory stories to tell youth that “you are so great and wonderful…you have a mission to do…oh you are so special!” These are stories to get them thinking about the hard decisions ahead of them that they will most likely have to make as children of the Fourth or Hero Generation. (If you don’t know what The Fourth Turning is or a Fourth or Hero Generation go to http://fourthturning.com) It all started when I went down to TJED land last June so my son could go to Youth for Freedom.  I stayed with my sister-in-law and she made that casual remark about her friend Amy’s son who wrote a paper for TJYC about Abraham Lincoln. 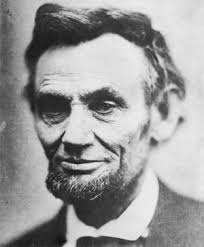 Since it was recently President’s Day and people have been thinking about Lincoln, the following may be of interest. Soooo  many people glorify him. We’ve been trained to think that he was the savior of the nation and so great that he could nearly walk on water. I got to speak to Stephen Pratt about Honest Abe recently. Stephen is a self-made scholar of history. He studies history and then he gives presentations about what he has learned, independent of any college or organization, other than the one that he owns. (See his site http://libertyandlearning.org) He doesn’t give the traditional view of textbook and mainstream media history, which is always written by the winners. It’s history with a paradigm of asking questions and keeping the Constitution in mind.

So I asked Stephen about Lincoln. Stephen said that he has read at least 50 books about Lincoln. He told me has read The Real Lincoln by Thomas DiLorenzo. I read that book last summer and asked him what he thought of it. The book portrays Lincoln quite negatively. Stephen said that he felt the book was a little too harsh and judged his character as bad. DiLorenzo says that Lincoln was a smooth politician, in other words, a consummate liar. After reading that book you start to feel that Lincoln was a dirty rotten scoundrel and you almost feel like not letting any five dollar bills into your home. I personally feel that Lincoln was misled by the big business interests that were surrounding him as his advisors and the powers that be that get presidents elected. In other words, he was not evil, just wrong and deceived. He was interested in using government to create a better society by expanding the nation’s power through the tariff and government money spent on canal building and railroads. From what I can tell, this is when government spending on things the government shouldn’t spend money got started. Now we know what mess that has led us into.

Anyway, exciting things have been happening in our family. My firstborn, my 17-year-old son, just got word today that he’s been accepted to start BYU this fall. Hooray! Now we are waiting to hear about scholarships and if he’ll get accepted to the other places he applied to. Then he’ll pick the best deal.

Yesterday I took my little kids to the Museum of Church History and Art across from Temple Square in SLC. It has the cutest exhibit for children. With a Latin American and Book of Mormon theme, it invites children to learn more about missionaries, Latin American culture, and the Book of Mormon stories. My daughter actually said she was bored some of the time, because she is such a fickle child. And I don’t even spoil her. But my sons had a blast throwing the fish out and back into Nephi’s ship. I always feel such a special feeling whenever I go to LDS Church buildings. A feeling of peace and anchoring. It just helps me feel in touch with LDS heritage, my roots, and God.They had a display about sharing the gospel like the people did in Book of Mormon times by inviting people into your home and having the missionaries come. Oh yeah, I thought, I haven’t had the missionaries over to dinner in a long time. Hmmm.

While we were gone my other son had his first Mock Trial competition. He is 13, and has watched his older brother and sister compete the past four years in mock trials and has eagerly waited for this. I was sad to miss it but had already told my littler kids that we could go to the museum for getting the bean jar full on our way to meeting the Bowlers in Provo. (The bean jar is an ingredient to TJED. See Leadership Education: the Phases of Learning book by Oliver and Rachel DeMille to learn more about it.) He did very well! He got “Best Attorney” award and his team won! I will for sure be going to the next competition. These mock trials are a great way for kids to have a simulation and learn the importance of oral and written skills and thinking on your feet. He stayed up late to practice. He is such a thespian that he really gets into the act of being an lawyer.

Last Sunday I was enticed into going to the monthly Cousins’ Fireside that my mother-in-law puts on every third Sunday at her home. She said she would be telling family history stories and displaying much memorabilia before she ships it out to her niece in California. I am a sucker for family history these days so I went, eager to hear new stories. I gave up my journal writing, goodreads.com updating, and putting library books on hold time. Those are all the things that I do when I stay home with the baby and send everybody off to grandma’s home once a month. Oh those Sunday evenings once a month are precious. When you are a stay-at-home mom your alone time is just about only the times you visit the bathroom, and even then you might get invaded if you don’t lock the door. I am not truly alone because I keep the baby with me, but when you have seven kids, any time with just the baby seems like being alone. I was disappointed that I didn’t hear any truly new stories. I didn’t really have time to pore over the memorabilia either.

A blessing did come of out of it all though. My sister-in-law mentioned she had a treadmill to give away, because her daughter-in-law, who had been using it, was switching to an elliptical. At first I thought, I can’t have it, I don’t have room. But by morning, I had come up with an idea. I’ll just put it in my living room, over by the fireplace. So I texted her on Monday morning and now it’s Thursday and it’s here, thanks to my son and husband getting it for me on their way home from the BYU basketball game last night. (They won by the way!)

So what if my living room looks like a gym now. The idea struck me forcefully that the health of my body is more important than the looks of my living room. Now I truly have no excuse for not getting up early and running. I was getting good at it last summer and fall and could run for 30 minutes at a time but then when winter and snow came, I started being picky about when I would go run. Only if it was a dry day and not in the morning when it’s dark. Now the only limiting factor for me to exercise is that the baby has to be asleep. I don’t want any curious little hands getting caught. I did a work out this morning and whew! I worked up a huge sweat. I walked and ran for an hour, after I got the baby down for a nap.

My three older kids went baptizing for the dead this morning to the temple. Oh, the joys of having a teenage driver.  I have been working on research lately and found a few names here and there for them to take but nothing like a gold mine like two weeks ago when I discovered findagrave.com. But wouldn’t you know it, after they left I found a family name on findagrave.com with tons of links to other family members. A gold mine! So now I can’t wait to get to my next appointed time to do family history research, which is Sunday. I am wanting to apply the rules of the closet to myself and have “structure time, not content” for me and my nonurgent activities so they don’t spill over into my more urgent, but less fun, homemaking duties. It’s a tricky balance and I am still figuring it out. I have been good about staying off the computer during our school time but then in the afternoon when I should have been doing other homemaking things I was sneaking in little bits of time here and there to research names at ancestry.com. Maybe that’s why I haven’t been as successful at finding names, because I wasn’t keeping my promise to myself to do other things that need to get done around here.

When you are a mom, it’s sometimes hard to put boundaries of time between “your activities” and what’s not yours because so much of what you do is for others and so many things you do are for little people who are unpredictable. It can be hard to have boundaries of time. You can have time and space carved out to do something just for you and then have it totally blown away because of a sick child or baby. Like what happened to me eight years ago when I was going to go out with my mom for lunch on my birthday and then my baby threw up right on my pillow as we were lying in bed that morning. But if my heart’s in the right place and I trust God, I am learning that he always makes up for my disappointments.