Why the Wasatch Front is the TJEd Mecca 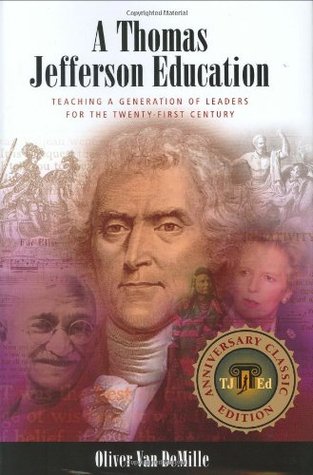 Years ago, I thought that Cedar City UT was the mecca for the Thomas Jefferson Education (TJEd) movement. Whenever I visited southern Utah, I was as excited as if I was going to Disney World, and I fondly called the area “TJEd Land.” When my son attended college there at George Wythe University, I was sooooo insanely jealous! I wanted to be there to attend whatever classes I could. At every weekly mentor meeting over the phone, I asked my son what he was learning. I idealized life in Cedar City, thinking that no better educational nirvana could be found for TJEd homeschoolers.

Since then, I have decided that the Wasatch Front, from Provo to Ogden, is the REAL mecca for TJEd. Here are 17 reasons why.

1. George Wythe University, the college that was cofounded by the author of the TJEd book, Oliver DeMille, moved to Salt Lake City in the summer of 2012. Some may argue that this point does not matter, since GWU has severed its ties with Oliver DeMille, officially as of October 2012. In many people’s minds, however, Oliver DeMille and GWU are related and forever will be. Here is Oliver’s response to the severing of the ties.

I was looking forward to lots of events sponsored by the school, now that it is within 30 minutes of me. Sadly that hasn’t happened much. I did attend the one event they had in the Fall of 2012, featuring Dr. Michael Platt. Hopefully GWU will hold more. I love the energizing feeling that comes from gathering together to learn and discuss great ideas!

2. Leadership Education Mentoring Institute, or LEMI, a company that trains parents to teach “scholar projects” or classes, to youth in homeschool groups, holds its main training in Salt Lake City every summer. This is held usually the second week of July. If you live on the Wasatch Front, you can attend the training and go back home to sleep, whereas if you are in southern Utah, you have to arrange lodging. I have attended this training more than once and have learned much on how to mentor youth. (If you go to the website that I just hyperlinked, you can get some free downloads of recordings, about the Family Commonwealth School, Forms and the 21st Century, and the Edison Project, the class that is for older homeschooled teens as they prepare to go to college.) LEMI was founded by Tiffany Earl and Aneladee Milne and is great resource to connect with if you have no clue about how to create the five environments of TJED for your youth.

3. Almost a dozen Commonwealth Schools, which offer LEMI classes for scholar phase, dot the Wasatch Front. Here are the ones I know about, going from north to south:

What does this mean? If you live on the Wasatch Front, and belong to a commonwealth school, you have an automatic tribe of people to create larger events, like Key of Liberty Constitution Bowls, or if your commonwealth school doesn’t have enough kids for a Quest class, you can join forces with nearby commonwealths.  Those are the ones I know about, there might even be more! You can also go see all the Commonwealth School Shakespeare plays when you live on the Wasatch Front, if you should choose to do so. Just beware of the chicken pox. Two years ago, I sent my son to his friend’s play at Shining Light Commonwealth. He stayed at the friend’s home for 15 min., which had sick chicken pox kiddos residing therein, until I could pick him up. He then got sick himself and infected all of the rest of the littles in our home.

4. Other TJED-based homeschool youth groups such as:

6. The Wasatch Independent Debate League (WIDL), headed up by Sam Martineau. Sam married a homeschooler and has become converted to homeschooling. He teaches speech and debate classes all over the Wasatch Front. These classes comprise the WIDL. WIDL holds tournaments almost monthly through the school year and camps in the summer. My three oldest children have participated in this and loved it.

My third child got to be on Sam’s elite Mock Trial team this year. Sam had two teams, one for the north end of the Wasatch Front and one for the south. Both teams advanced to the quarterfinals. My son’s team rose to the top of the competition, competing in the state championship. They lost, to the same team that the south lost to, but will be back next year! The Mock Trial program occurs every March in the state of Utah, and public school, home school groups, and private schools compete. It’s an awesome simulation of a courtroom case. This is a great opportunity for TJEders to have a tremendous simulation that stimulates preparation for thinking on your feet. There’s nothing like being a lawyer in a mock trial to learn the need to “think like an attorney.” Sam’s WHDL is probably the best way to take part in the competition as a homeschooler, and it’s hard for most of us homeschool moms to teach speech and debate. Many TJED kids participate in this league.

7. The Moms’ Retreat used to be held annually in Heber Valley. OK that’s technically not the Wasatch Front, but the Wasatch Back, but all the people who organize it live on the Wasatch Front, and Heber Valley is 1 to 2 hours away. This is a TJEd-based overnight event for moms to connect to their mission in life. It’s run by the awesome Melanie Ballard and her amazing board of dedicated moms and you will love it. The next one is August 8-9! Melanie’s husband is doing a Dads’ Retreat this year too!

8. Ascend Lyceum a private school formed by four TJEd families, is based in South Ogden.

9. The Ten Boom Institute, founded by Blaine and Audrey Rindlisbacher, longtime TJEd-ers, was based in Utah County. You can participate in many of their events through the Internet, but they do have in-person events, usually on the Wasatch Front. It is an organization dedicated to helping individuals gain a liberal arts education through home study. Here’s an introduction to their blog:

They have over 220 videos on YouTube, reviewing classics! What a great resource, and you don’t have to be on the Wasatch Front to benefit from these or participate in their monthly online mentoring!

11. Diann Jeppson’s Family Forum  is held every year in Salt Lake City. It used to be called The TJEd Forum, but probably because of the events referred to in the hyperlink in #1 above, the TJEd part has been dropped from the event name. TJEd-minded people still attend the event every year, and it’s a great place to network with other parents. Now Diann works for American Heritage School, where she promotes the Latter-day Learning Family School curriculum and puts on the Latter-day Learning Conference every spring at the school in American Fork Utah.

12. Shakespeare Showdown, the premiere event for the LEMI project Shakespeare Conquest classes, is held every spring at the Heber Valley Girls’ Camp. My kids love going to this, and right now I am arm-wrestling with the older kids, signed up to staff, about who gets to stay home and babysit the littles because I want to chaperone this year as my 12 year old goes! Shakespeare acting troupes from Utah and Idaho come to perform their plays for each other. 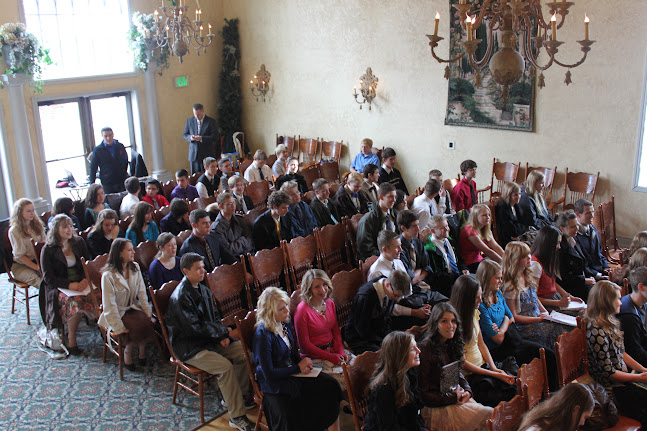 13. The Royal Academy of Zion, owned by my friends Amy and Von Hansen, puts on a simulation every fall to motivate youth to be refined in manners and morals as they pursue the ideals of Zion and shun the evils of Babylon. My older kids have loved this and eagerly anticipate it every year! Again, many TJED youth participate in this. It’s usually the first or second weekend in November. 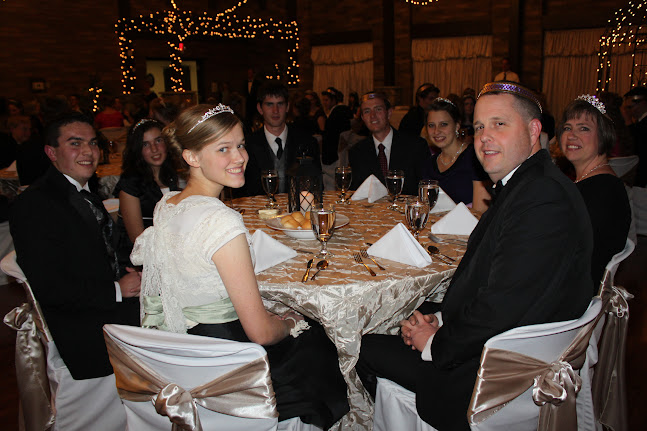 14. Many other events and organizations that relate to TJEd simply because they promote the cause of liberty, such as Libertas Institute, the Sutherland Institute, Utah Eagle Forum, and Roots of Freedom, are based on the Wasatch Front. Plus Salt Lake City is the capital so that gives TJEd people on the Wasatch Front easy access to influence state lawmakers to vote for liberty.

15. BYU-Idaho is 3 to 5 hours away, and BYU-Provo is on the Wasatch Front. BYU-Idaho changes are based on Steve Adams’ proposals. Steve Adams is a TJEd dad who joined the staff and has influenced BYU-I to change its learning model to be liberal arts and student-inquiry-centered. BYU-Provo has a great liberal arts program, with all of its humanities classes, and especially if you do the Honors Program and study all of great classics on the reading list and the movies, great works of art, and literature listed here.  So if you have a college bound student, and want them to be close by, at a great liberal arts school, you’ve got two on the Wasatch Front: GWU and BYU, and then BYU-I is half a day’s drive away.

So, there you go! The bottom line is, because of geography and population density, the Wasatch Front is the TJEd Mecca. It is difficult to get this many activities going in Cedar City because the city is just not as big. Homeschoolers are a minority, a growing minority, but still a minority, so you have to have a large population base to find a lot of them. Cedar doesn’t have surrounding clustering large cities that boast large amounts of TJED homeschoolers (Parowan, anyone?), like the Wasatch Front does. The two main cities of southern Utah, Cedar and St. George, are about 45 min. to an hour away, with nothing much in between. They have two commonwealths, one in each city, Youth for Freedom, a summer leadership camp for youth, and Williamsburg, and that’s it, as far as I know. My southern Utah friends may correct me if I am wrong. The great news is that because of the wonders of the Internet, you can take part in some of these offerings of the TJEd Mecca even if you live far away. If you have a choice, and could live anywhere, and if you are looking for real live interaction with other TJED-minded people at events and schools and discussion groups, then the Wasatch Front is the place to be!

I just got in a discussion with another mom, however, about how the TJED movement has not produced a huge amount of serious scholars, but that is a blog post for another day! Stay tuned!