The Best Book about Being a Mom in Poverty 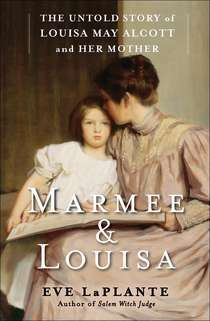 This is such an awesome book about Louisa May Alcott, and an unsung heroine of American history: Abigail May Alcott, Louisa’s mother. I finished reading it last week and now I am sad it’s over. It’s probably one of the best books about being a woman, a wife, and mother-mentor. Abba had the patience and character of Job to deal with her infuriatingly lazy husband.

You probably know that Louisa May’s mother, Abigail May, was the basis for the Marmee character in Little Women, but did you know…..the following:

-that Abigail, or Abba, was the descendant of a Salem witch trial judge who later regretted he had executed the women accused of being witches?

-that Abba was the daughter of a wealthy Boston businessman who was part of the “Boston Brahmins”, a socially elite circle?

-that Abba’s great aunt, “Aunt Q,” was the wife of John Hancock?

-that Abba was a scholar who wanted the same opportunity to go to Harvard as her brother? She studied hard under the tutelage of the Reverend John Allyn and his sister Abby Allyn for one year when she was 18. She even translated the book of John into Latin.

-that Abba did not get married until she was 30?

-that it was Abba who fueled and fanned the fire of Louisa’s desire to be a famous author?

-that Abba’s brother, Samuel Joseph May, was one of the first abolitionists? He labored his entire adult life for slavery to end, and he fought a battle for a black girls to be educated in private schools. He supported Prudence Crandall, a teacher who started a private school for “colored misses” and spoke for her publicly when she was attacked?

-that Abigail May was a Unitarian?

-that Abba suffered from depression when Louisa May was born?

-that Abba left her husband and found a new place to live when he was lying in bed, refusing to work to provide for the family?

-that Abba had to work to provide for the family because Bronson did not? She took in boarders, started an employment agency for domestic help, and worked at a water cure spa in Maine, among other things.

-that she was not allowed to speak in public at the time, the same as other women of the time, but yearned to have a public voice?

-that Abba was a fabulous writer and thinker?

-that she sent a petition to the Massachusetts legislature, asking the lawmakers to allow women the right to vote?

-that Louisa May, her famous daughter, became her functional “husband” in the sense of providing her with financial security? This was a dream dear to Louisa May’s heart that she fulfilled as an author.

-that Louisa May got custody of her niece, Lulu, when her sister Amy died shortly after childbirth in France? May is the basis for “Amy” in Little Women.

-that when Louisa May died, she was the highest paid author in America? She left a substantial estate to her sister Anna, (“Meg” in Little Women) and nephews.

-that she was the “wind beneath the wings” of Louisa May’s success? If it weren’t for Abba, we would have no Little Women. Abba let Louisa go through all of her journals to find material to inspire her writing. How sad the world would be indeed if we didn’t have these stories.

I highly recommend this book! I give it 5 stars! It is full of quotes I will have to share in another blog post. I loved that the author, Eve Laplante, was a great-great-niece of Abba. Her 4th great grandfather was Abba’s brother, Samuel Joseph May. Eve found a trunk full of letters in her mother’s attic from the May and Alcott families that gave her special insight to write this book. Here is a video of the author speaking about the book. Now I am reading My Heart is Boundless, a collection of Abba’s letters and journal entries that Eve compiled. Contrary to popular opinion, not all of Abba’s journals and writings were destroyed!