Following My Son and the Prophet, My Shoulder Angel

Posted on November 12, 2018 by treeoflifemama 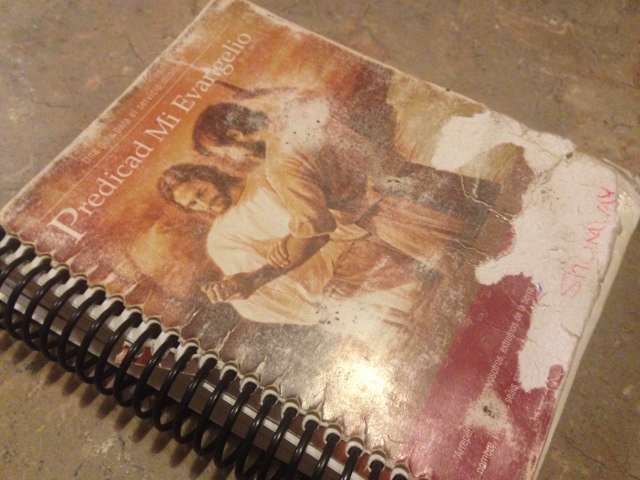 This is the worn-out copy of Preach My Gospel that my son used on his mission in Argentina. It warms my mama’s heart to see it so beat up! We studied this as a family a few years before he left, although he doesn’t remember. Maybe because he was in a semi-comatose state as it was early in the morning before he left for seminary, haha.

Last week I got to take my son, who had returned from serving as a proselyting missionary for The Church of Jesus Christ of Latter-day Saints, in Argentina, just a week before, to the dentist. 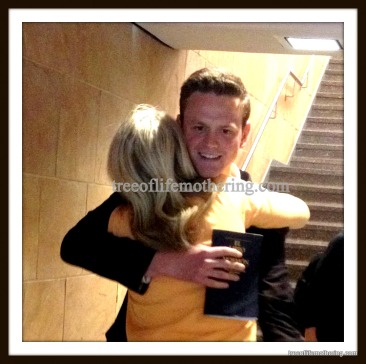 I already had appointments for three other kids so we just tacked him on to the appointment since his previous dental exam was more than two years ago, before his mission. Then two of the kids couldn’t go because of illness or work so I just took three kids. Here’s the interesting conversation that ensued in the waiting room of the dental office:

Woman Stranger (WS), to me: “Your boys all look like you.”

Me: “Oh thanks!” Then I smiled and joked, “I wear the genes in the family!” (Which is totally true. None of my children look like him much.)

Returned Missionary Son (RMS): “We have four more who didn’t come!” (This reminds me of a funny story that my mother-in-law tells about her mother which I will tell another time.)

WS: “Oh my! You all must be either Mormon or Catholic!”

Me: (I felt nervous to respond to this and timid, but President Russell M. Nelson’s words from General Conference just a month ago, telling us to stop using the name “Mormon” and instead use the proper name of the Church, were ringing in my mind. His voice was a “shoulder angel” in my head. For a split-second I wondered if I were bold enough to say it and I decided I was so I proceeded.) “If you mean, by “Mormon,” The Church of Jesus Christ of Latter-day Saints, then yes, we are members of that church.”

RMS: “Yeah, that’s an old-fashioned name and we don’t call ourselves  by that anymore and we ask others not to as well.”

What ensued was a genuine conversation about Argentina, missionaries, and whether or not this woman had had missionaries in her home. She said that she had seen them in her daughter’s home when she lived with her daughter about 2 hours away. I could tell my son was itching to proselyte more but then the woman got called back for her exam and we never saw her again.

Just that morning as we drove to the dentist my son had been asking me who we can share the gospel with! I love to see this fire of his faith and that he is committed to sharing the gospel continually for the rest of his life. I want to be like that! My son is such a great example to me. He has made a commitment to sharing the gospel regularly and invite someone to church regularly since coming home. A lot of missionary work is planting seeds. You plant and then someone else might come along and help the person nourish the seed and someone else might reap the harvest by seeing that person become baptized. It is a wonderful, beautiful path, all iterations of the Hero’s Journey, or Covenant Path, as Pres. Nelson calls it. I love to see all the iterations, they fascinate me!