You know that part in the movie Moana where she and Maui talk about wayfinding? I saw the movie but I didn’t even notice the term or wonder what it involved. It just went way over my head, like a big wave.

I had forgotten that scene, but I’ve been thinking about navigation lately. My two scholar phase children just read Carry On Mr. Bowditch over the summer for a book discussion at our homeschool co-op/ liber school group (Pyramid Project– a LEMI Scholar Project). It started already for the new school year. (I know, school in early August–soooo not my idea! We should still be on vacation like last year, having #notbacktoschool in Utah! Alas, seminary, football practice, and the homeschool group have all started so I’m being more of the attitude of “When in Rome…do as the Romans do” this time around.) Mr. Bowditch lived in the Founding era of American history, and was a pioneer in the field of navigation. As an author, he wrote the book The American Practical Navigator.

Then something else happened to pique this wondering about navigation. When I got back from my Utah vacation, the Summer 2019 BYU Magazine was here  waiting for me. The cover article tells about a modern day Moana, Dr. Linda Furuto. She is a professor of ethnomathematics at the University of Hawaii. Ethnomathematics is math that uses the creations of Heavenly Father as the textbook.

Dr. Furuto also practices the science of wayfinding, which is finding your way without using any man-made instruments, just like Moana. So no compass, sextant, or GPS. Instead you use your hands, your observations of the waves, the wind, wildlife, the sun, the moon, and the stars. I find this so fascinating! You can see how they do it here at the article. 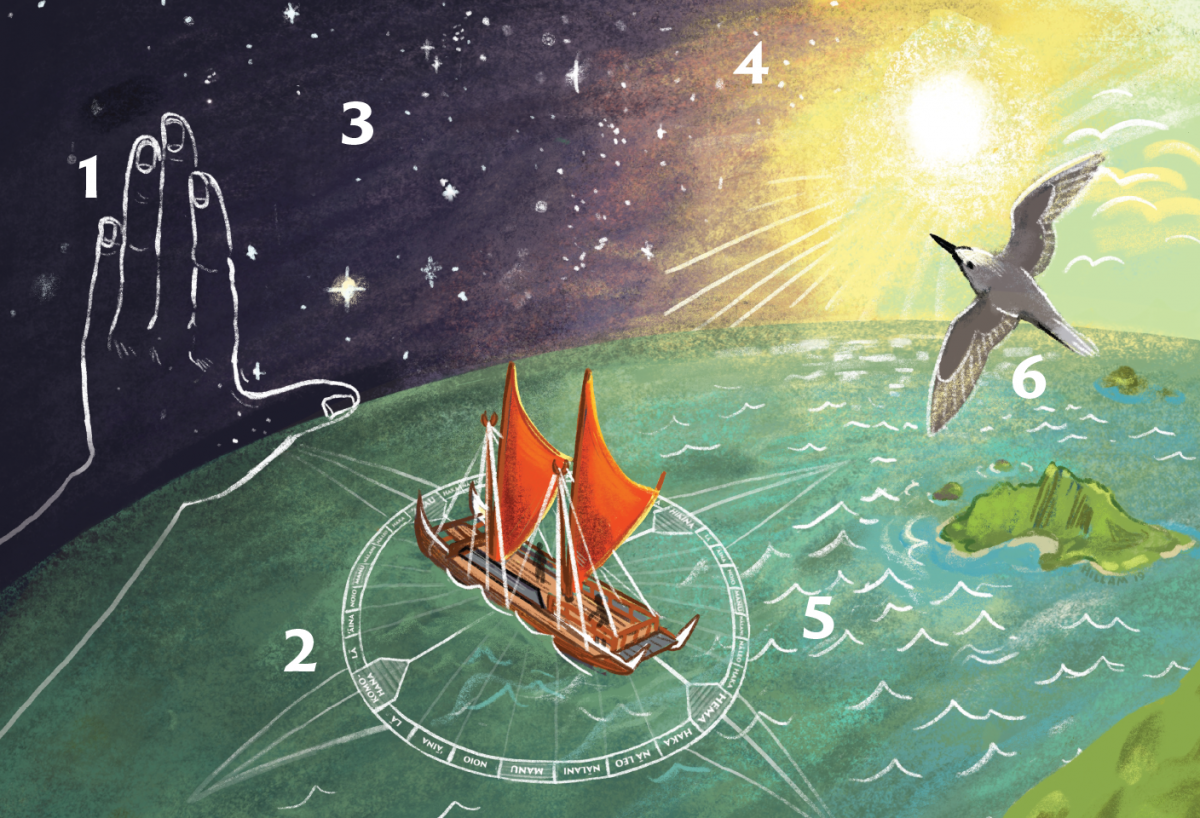 If you click on that link, and then scroll down to the subheading “Wayfinding 101” you will see the same illustration above. Then read the explanations for each number. This is so cool!

Some people of the Polynesian Voyaging Society, the PVS, use wayfinding to navigate a Polynesian traditionally-designed canoe, the Hokolea, to circumnavigate the globe. Dr. Furuto has been a master apprentice with the PVS on such a voyage. She holds Google Hangouts with classrooms around the world to answer questions from schoolchildren about math and navigation.

Wayfinding uses the Hawaiian Star Compass, a mental construct. Basically you imagine your canoe  at the center of the Star Compass. Learning the compass involves memorizing the seven star houses for each quadrant between the four cardinal points of the compass, as well as 200 plus stars. This is so cool! Here is a link to look at it. Here’s a description of its history.

Two lessons I see from wayfinding:

Here is a video of Dr. Furuto telling us how she voyaged around the world with Christ as her navigator. (The videographer lost the audio link so the only audio recording done was with the camera mic so it’s not the best quality.)