What I Learned from the Duggar Girls: Book Review of Growing Up Duggar 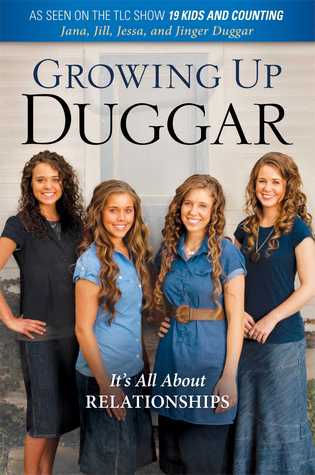 I recently read most of this book (“most” because I was reading The Brainy Bunch at the same time and juggling all of my other responsibilities, and the book was so overdue that I almost felt guilty showing my face in the library while holding the book hostage, so I finally gave it up even though I hadn’t finished it). So now I am sharing what I learned from the Duggar girls in this book. I love the Duggars! I just think it’s so cool that they live their lives according to scripture. I don’t agree with all of their interpretations (for example, they don’t dance, but what about the scripture that says, “Praise his name with dancing”?) but I love them anyway. They are devout Christians and have led many people to God. Go Duggars! I also love that they are so willing to have as many children as God will give them. That takes bravery people!

Here is what I learned from the book: