Simulations Based on The Giver and Discussion Questions

Posted on January 24, 2019 by treeoflifemama 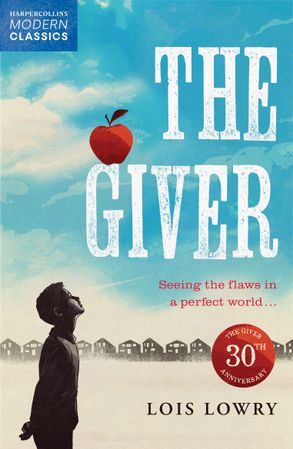 I finally read The Giver by Lois Lowry last week. Can we throw a party?! Whew! This has been one of those books lurking in my mind, breathing down my neck, telling me I should read it, because it would be good for my character and education. My older daughter and son both read it about 10 years ago for a homeschool group. My husband did too at the same time. They all loved it.

I remember them talking about it over lunch once. I thought it sounded weird so I avoided it. But the book was begging me to read it all these years, and it finally resurfaced in my life because of Quest, which my 17 year old son and I are involved in. (Quest is one of LEMI’s Scholar Projects listed over here.)

For Quest, a class for homeschooled teens which I’m mentoring, the youth were asked to read this book and discuss it. So I bit the bullet and “read” it too. Meaning I actually put my eyes on the pages and comprehended the words in textual form (a wee bit), then listened to part of it on CDs from the public library while driving, and YouTubed the bulk of it on my phone around the house while doing chores or crafts because that honestly was the easiest way to get ‘er done. The above video, from the “Ms. Lynn Reads” YouTube channel was the one I used the most, but this one over here was the same, professionally produced one from the library. I discovered it late in the game, like the next to the last chapter.

So…what do I think about the book? I still think it’s weird, yet it is a whole book.  Good is portrayed as good, evil as evil, and good wins. It is a great book for showing how horrible communism/socialism/statism can be. I don’t know if that was the author, Lois Lowry’s intent. I love that it shows what happens when government attempts to eliminate chaos, problems, vulnerability, and inequality. In Quest, as we study worldviews, like communism, Biblical Christianity, secular humanism, etc. we are reading a novel or autobiography to go with it to see these worldviews in story form. So this book was perfect to go with communism/socialism/statism.

The characters all have to be the same. Sameness rules. They aren’t allowed to make any real choices. Hormonal feelings are subdued with pills. The citizens are assigned who can give birth. Women who do give birth can only do it three times. Marriage partners are assigned as well. Each married couple can only have two children. Sounds communistic to me. The people move through society in age groups and are assigned jobs for the whole society at age 12.  The whole thing was just creepy! I guess that’s the author’s point. As I read the book, I kept wondering, “What on earth ever possessed Lois Lowry to write this book?!”

So I did some searching and found that she had pondered, after her own father suffered memory loss and was in a nursing home, what life would be like if memory was controlled. In the video below, she talks about that. It’s so interesting that in it she basically says the principle in 2 Nephi 2:25, that there must be opposition in all things. We have to experience bad things to appreciate the good. To have good memories we have to also have bad memories.

In another interview I listened to, Lowry said that she also remembers growing up, living on an army base, where all the homes were the same and the residents had to obey strict rules, like getting the laundry hanging on the line off the line by 5 PM. As a result of these musings, voila, we have The Giver. Despite its creepiness, I have to give her credit, she is a great writer. I prefer her historical fiction a whole lot more, like the book Number the Stars. Personal preference aside (I don’t like fantasy/sci-fi, utopian or dystopian novels much), I have to say that nevertheless, The Giver is a whole book just like Number the Stars is. I absolutely love that book!

Anyway, back to The Giver, I got to facilitate a discussion and do two simulations based on the book for Quest. For the first simulation, I read aloud part of Lowry’s acceptance speech for receiving the Newbery Medal for the book. In this speech, she says that many people have written to her, telling her they didn’t like the ending of the book. So I had my students pretend to be the author and write their own ending, based on their own worldview, since we are studying worldviews at the same time. Then whoever wanted to read their ending shared it by reading it aloud to the whole class. I loooved the ending that the only person who wanted to share shared. It just occurred to me today as I was talking to my sister on the phone about the book, that maybe Lowry was giving a subtle endorsement of Christianity.

The whole society seems hopeless, but then the main character experiences a memory/scene where he sees a family celebrating Christmas. That’s the only happy scene in the whole book! So I wonder if she is promoting Christianity as a source of happiness? That gives me better feelings about the whole book. See what happens when you discuss a book more than once?  Also, see what happens when you read a classic? You discover layers of meaning.

My sister got the amazing treat of hosting Lowry in her home for a book club discussion about one of Lowry’s other books, Gossamer. So of course we had to talk about that now that I’ve read The Giver. My sister said that she, my sister, asked Lois Lowry why she wrote the book as well. She said Lowry dodged the question and changed the subject. Sis also said that this is one of the few times when the movie, The Giver, is better than the book it is based on. (I haven’t seen it so I can’t say for myself. I won’t be seeing it. It looks too creepy!)

Did you know The Giver has been asked by parents to be banned from public school libraries? So for the second simulation, I divided the students into two sides to argue for or against the book being banned. This was perfect practice for their upcoming supreme court simulation. I thought about doing the “age 12 ceremony” simulation that you easily find when you Google but we had done a similar simulation to that already so I picked a different one.

I found Lowry’s acceptance speech here, in this PDF as well as some other activities and discussion questions. It is definitely a whole book. I can see easily how it can be a healing book as well. Go here for more about broken, bent, whole, and healing stories.

Like Loading...
This entry was posted in Uncategorized and tagged lois lowry, the giver, the giver discussion questions, the giver simulations. Bookmark the permalink.