Posted on January 8, 2020 by treeoflifemama

I am taking on thewaldockway.com book/gameschooling challenge of 2020, where I read aloud a picture book a day and play at least one board/card game to boot. #abookandagameaday. Cheers to more picture books and gameschooling in 2020! The book and game don’t have to coordinate, but it’s fun if they do.

On Mondays we do language arts for our gameschooling.

Thursdays: we don’t usually do a game on Thursdays because we are gone all day at our homeschool group 90 minutes away. by the time we arrive back home, we feel exhausted and just want to chill in front of a screen with a movie, or football for my boys, and art videos for my daughter. I hope to change that soon and find more chill-laxing board games we can all enjoy without much thought, like the Bob Ross Board game, to play on nights like this. 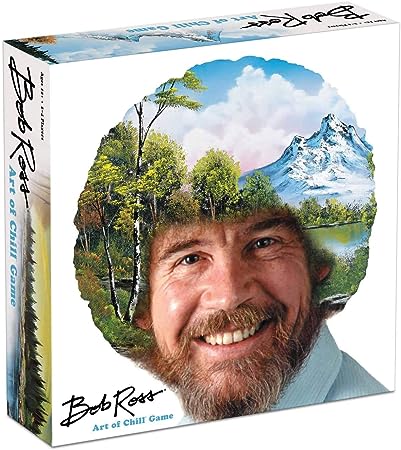 Fridays: electives, such as P.E., art and music

You don’t have to have a theme. That just helps keep you from getting in a rut of playing the same game over and over. It expands your horizons of what games are capable of.

Note: If you want a detailed explanation of how I came upon gameschooling and more of the nitty-gritty of building a gameschool collection on a budget, go here.

I have soooo many language arts games. The ones pictured below are probably fewer than 1/3rd of them.

I’m not buying new ones until we’ve played all the ones I have. My oldest son didn’t get that memo, as he gave me Letter Jam for Christmas so I got a new language arts game without seeking it out. Bonus! What a nice surprise! I love the fruity jam theme! 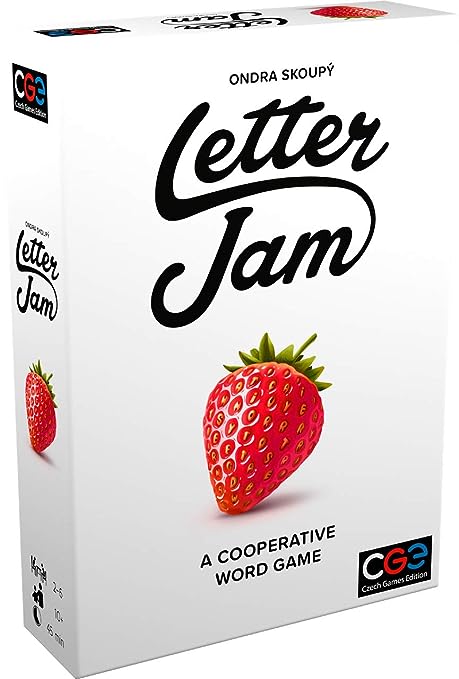 I’m excited to play that in a few weeks, after the kiddos have had their brains sufficiently limbered up with other word games first. We played LJ during our Christmas break family game marathon. It was fun but unlike any word game I’ve ever played. Anyway, for Monday January 6 we played the games in the top photo above. Three rounds of Bananagrams and then Buzz Word. Rory’s Stories not as much. Basically with that one it was my youngest rolling the dice and telling one story during my lunch. I plan on keeping those dice more handy and making stories with them more during meals. I have three sets of the Story Cubes: Original, Actions, and Voyages.

What I love about Bananagrams is that everyone can play all at once. No waiting around! It’s soooo  much faster and more exciting than stuffy, long drawn-out Scrabble games that last for hours where I feel so confined by rules and each person takes 15+ minutes a turn. Then it takes forever to change your hand around if you get the random raw deal of all consonants or all vowels. Since discovering Bananagrams, I haven’t played Scrabble at all. I just may never play Scrabble again because of Bananagrams. It’s like finding a zippy Toyota crossover after having driven a clunky station wagon for years. It gets you where you want to go in much less time, with more power, so therefore it’s more fun!

Buzz Word is a game I picked up for $2 while thrifting. It’s tons of fun but more geared for Boomers and Gen Xers. I had to explain some of the terms to my young scholars and love of learners, like “Ol’ Blue Eyes”. Hopefully the makers will make a Buzz Word Jr. If they don’t maybe I will in all my free time, LOL!

We also read one of my favorite Christmas picture books of all time. Yes, I know the holiday is over, but I love reading Christmas stuff in January. It draws out the season for me, keeping my heart warm and happy during dreary January. It is such a sweet story. My little sister Emily has blogged about it over here in her Christmas picture book list from last month, if you want to see pics of the inside. She is an illustrator so has an eye for art and it passes her test! Enjoy!

Like Loading...
This entry was posted in #abookandagameaday, books we are reading, classics, gameschooling. Bookmark the permalink.