Familysearch and The Psychology of Amazon Prime: A Visit from My Son

So two weeks after my out of the nest daughter visited, we got a visit from her older brother, our returned missionary son. They are both software engineering majors at BYU-I. She just finished up her internship and he’s starting one at Familysearch tomorrow! I am so excited for him! He came home for a little summer break, after spending most of his break at my awesome brother’s house, before he goes back to the grind of being responsible working every weekday. I don’t think it will be much of a grind for him though since he will be doing computer stuff, which is his passion! Just like with my daughter, it’s so fulfilling to see the fruits of my homeschooling. I love seeing my kids go out and learn, be responsible, serve others, and earn money doing what they love! I am so envious of him! I love Familysearch and think it would be so cool to work there!

It was so great having another capable adult here at home. I could dispatch him on errands to take kids places and of course he babysat. Sometimes I wish I could just freeze time right now and have everybody stay home and never leave the nest. It’s great having so many helping hands in the form of older kids ages 22, 20, and 18. It’s just sad that they aren’t here very much to help me! (The 18 year old decided he couldn’t break away from his work in Utah, since he spent time with us in San Diego). Other times I look forward to doing what Elder Richard G. Scott’s wife did when her last child left the nest. That was to turn one of the kid’s bedrooms into a family history research office and spend all day doing family history work! That thought allows me not to be sad about all of them eventually leaving.

He got to be here on the very day of our 25th wedding anniversary! So we got to take him to the temple with us to do sealing ordinance work with family names. Some of these names were names he remembers taking to the temple to do baptisms years ago. That was wonderful! I look forward to the day when I can be in the temple with all seven children and have no “empty chairs” as Pres. Benson spoke about.

These flowers were outside the temple when we emerged. So pretty!

Just like with my daughter, I got to do the six hour round trip to take him to the Phoenix airport. This time it wasn’t planned though. He was going to drive to his new apartment in Utah county but the car he was driving had problems. So he stopped in Tucson and called my husband, who happened to be there for a business meeting and was able to help him. So we had to tow the car to the fix it place here in town and get him a flight home, which involved me driving him to Phoenix. I actually enjoyed the drive, it gave me a chance to have one-on-one talk and then listen to my podcasts on the way home. It also got me out of Saturday chores, hee-hee!

It was fun to talk to him too, although it’s different than with daughters. I found out that months ago my husband allowed him to merge our Amazon Prime account with his Audible account. So now I can listen to all of his Audible books! The Way of Kings here I come! He’s been listening to it and loves it. 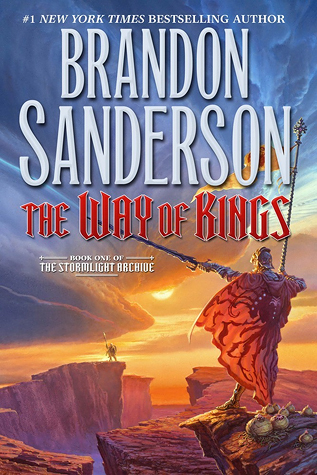 We explored the psychology of Amazon Prime. He said that many times he will realize he is out of something, and instead of going to Walmart in town, he will just order it on Amazon Prime. I said, yeah, it’s so easy to order stuff from there when I realize it will only take 2 days to get here. He explained the psychology of that. He said that when you order something, you probably aren’t going to order something until after it gets here, because you are so excited waiting for that thing. But then after it comes, you quickly move on to finding something else you have to buy. It’s very profitable for Amazon for our wait to be only two days, so that we have many cycles of buying, waiting, and figuring out we need something else. If we had to wait a week we definitely wouldn’t be buying as much stuff. I wonder if this was a happy accident or did Jeff Bezos figure this out beforehand?