The Universal Model Summary for Your Kindle and Online Discussion! 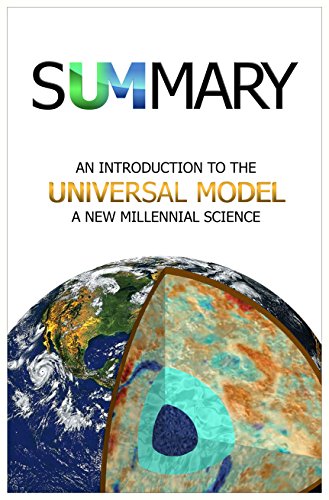 OK, so this book is giving me my non-fiction fix for several months! I have posted about the Universal Model before, with the podcast that came out interviewing the creator of the UM, Dean Sessions, here, and then the magical night when I got to meet Dean in person here. After that meeting, I got the digital copy of Vol 1, but I still found it hard to get around to reading it. So….I am so happy to announce that now the summary of the Universal Model, written by Dean’s daughter, Brooke, is available in Kindle format! This is so exciting!!! Now I can read it right on the Kindle app on my phone! You can get it here, free if you have Kindle Unlimited, $4.95 if you don’t. A total deal either way!

I am starting a Universal Model Online Discussion Group. We will be meeting on a Wednesday in each of the next two months to discuss this. So come join us! The  first meeting will be:

We will discuss the first four chapters of the Summary for the April meeting.

May’s meeting will be the last four chapters

The Universal Model makes the following claims, check them out!

1. The entire world has been in a Scientific Dark Age for more than a century
during which not even one significant new natural law has been
discovered..

2. The idea that our Earth is not a magmaplanet, and that magma itself is a pseudotheory.

4. Many mysteries exist in geology today because the true origin of rocks
is not understood.

5. Major catastrophic events occurred in the past which affected and have shaped the Earth in ways never observed by modern science.

6. More scientific evidence exists about the Universal Flood than any other global geologic event in Earth’s history.

7. The Hydroplanet Model explains the origin of the volume of water necessary for the Universal Flood.

9. The modern science dating system is fatally flawed and its faulty dates must be replaced with verifiable dates before we can understand when natural events actually occurred.

11. Active, in-process fossils do not exist anywhere in Nature.

12. The fossil layers that supposedly succeed one another in the same evolutionary order do not exist anywhere in Nature.

13. The Evolution Pseudotheory is a belief, not science, which denies natural laws and mingles truth with error.

14. Without measurement, there can be no science and some of the most fundamental measurements in modern science are incorrect.

15. Modern science does not have the correct definitions for mass, weight, length, time, energy or matter.

16. The Theory of Relativity is a pseudotheory.

17. The true nature of the atom and its structure is delineated.

18. The origin of the dual nature of light is explained for the first time.

19. A new Revolutionary Universe Model is shown to replace the Big Bang Pseudotheory which has contributed to the current Scientific Dark Age.

20. The true origin of most meteors, meteorites, and craters are set forth and demonstrated to be different than currently taught in modern science.

All this and much more is summarized in this small book which directs its readers to explore the complete story of the Universal Model: a New Millennial Science.

Volume 1 (The Earth System) can be found at www.universalmodel.com

Fascinating right?! Maybe not, if you are not a science fan like I am. Even if you aren’t, get your geek on and come join us on Wed. April 19 to discuss! Comment below so I put you down for me to send you the link to the video classroom.

2 Responses to The Universal Model Summary for Your Kindle and Online Discussion!