This past week, despite my long-held belief that a proper, formal fall school semester should not start until after Labor Day, we went “back to school.” We homeschool and do some “school” things year round, like math, reading silently on our own, and reading aloud. And handwriting, when I remember, LOL! I have a list of a Daily Dozen activities, including academics, that I expect my kids to do on their own without me being a drill sergeant before they have screen time. We read the scriptures every morning year round and write in our journals as a family every morning. Unless we are on vacation, which we’ve had quite a bit of this summer. We went to Utah in May, June, and then July.  So we had a break from the academics on those days. We still do scriptures and journaling, even on vacation, much to second son at home’s chagrin.

The first day for my two younger kiddos in Key of Liberty! It’s hard to believe my “little kids” are old enough! This is a LEMI Scholar Project about the Founding era of the United States. So the kids study the American Revolutionary War, the Declaration of Independence, and the U.S. Constitution.

But in this case we went back to a “family liber school.” What is a liber school? It is a family-based school that meets once a week for homeschooled families. The moms take turns teaching. Some call it a commonwealth school. It’s like a co-op on steroids. But unlike a co-op, it has a broader, long-lasting structure with formal rules to ensure that it stays in the community even if the founding families move on. It is built to create a legacy of freedom for generations. It is usually based on the freedom-based, or “liber” based model that has grown out of the Thomas Jefferson Education philosophy. (Liber basically means liberty.) We attended one of these schools in Utah, Liber Academy, and loved it. My three older kids all “graduated” from it.

My son on an LDS mission has a great super awesome best friend who also graduated from this school. This friend got accepted into BYU at age 16. The video below features him. It encapsulates the kind of youth that can be produced by a commonwealth school, if the student chooses to do the work and be inspired.

I attempted to start a school like this last year in my newly adopted hometown after moving here. It fizzled. I learned a lot of lessons along the way. After it flopped I felt quite lonely. That no one wanted to be part of my tribe. God heard my silent pleadings for help. I don’t think I ever voiced them out loud in prayer, but He heard them anyway, of course, because he knows all the thoughts and intents of our hearts (Alma 18:2). I had resigned myself to solely teaching my two tween kids the Key of Liberty LEMI scholar project in the fall of 2017 at my home without building a school on top of it.  I would just offer the class as a stand-alone thing to other homeschooling families in the area without saying a word about all the other LEMI scholar project offerings they were missing, in the form of a commonwealth school. I wouldn’t bother getting someone to teach the Shakespeare Conquest LEMI scholar project like I did last year.

We’ve already had one parent mentor meeting/book discussion. It was about The Anatomy of Peace. It’s such a great book! I read and discussed it years ago. This video shows a key story that the book focuses on.

But God had bigger plans for me and I am so grateful! Last spring, a TJED friend of mine whom I met in Utah over 5 years ago, Olivia, tracked me down because she had moved to AZ as well. She told me she was building a new TJED-based school here in southeastern AZ! Her news was manna from heaven! I felt like God was speaking to me through her, as a voice through the darkness and fog. I was so thrilled and told her to sign me up! Even if it meant driving over an hour to get to the school. “You mean I don’t have to be alone anymore in my desire to meet with other homeschool moms face to face in discussing classics on a weekly basis?” I told her. “You mean I will have other moms who have the vision I have of leadership education?” “You mean my kids will have lots of friends who come from the same homeschooling culture of working hard on family chores, playing hard, having some schoolwork, and not much screen time?” “You mean I will be able to have a monthly parent mentor meeting where moms and dads come together to discuss the classics, a built-in date night?” YES! YES! YES! Sign me up!

Discussing the Anatomy of Peace inspired me to come home and watch more videos about it, like the one above.

I can’t tell you how much the news of a relatively-close liber family school has meant to me! It helped put closure on my failure.

Olivia showed this video in our mom class on the first day of school. It totally helps me feel OK about my failure!

Olivia’s news helped the past be a distant memory of lessons learned and friendships still intact, all wrapped up with a huge, hopeful feeling of moving on to engage with new friends who share my vision. It meant I now had a group to look forward to meeting in the “fall” (down here the “fall” starts in early August) to feel at home with those who speak the language of leadership ed culture. Now that fall is here (according to AZ standards–I feel like I live in an alternate reality with public school going on the whole month of August, high school football practice year-round, and rainy weather almost every day which I am used to happening not until the middle of September). 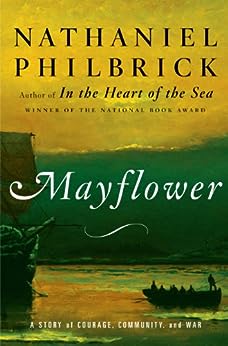 I feel like we parents in this new school are starting a new adventure like the Pilgrims, bound together in a covenant community to help each other. Olivia mentioned this book at our parent mentor meeting, which is about the Pilgrims. She has been reading it to teach Key of Liberty and that inspired me to get it on audio from the library to listen during my “windshield time” this fall. With this new school, and two boys in football and the seminary carpool that went kaput I will be having a lot of this!

We are going to this school now! As I drove to the first day recently, It was amazing to think that this long-held dream of a family-based liber school in southeast AZ was coming true! Olivia had been talking about this and building it for months and now it was finally happening! We’ve only had one day so far. My kids aren’t saying they love it but in time I think they will make friends and look forward to it every week.

When I got home from the long drive after our first day of school, after dropping off first son left at home for football practice, and then picking up our raw milk, I saw this beautiful rainbow from my front yard. It was like God sent it just to me, to remind me of the promise He made to Noah. Not just that promise, but the promise that He never forgets me. He is always watching over me and sometimes, He brings to pass my unspoken dreams, as a tender mercy, just to remind me that He loves me and delights in surprising me with huge, bountiful gifts that I didn’t even think to ask for! I wonder what other surprises He has in store for each of us?

5 Responses to A Dream Come True!