Our All Saints’ Day Celebration

Posted on November 3, 2019 by treeoflifemama 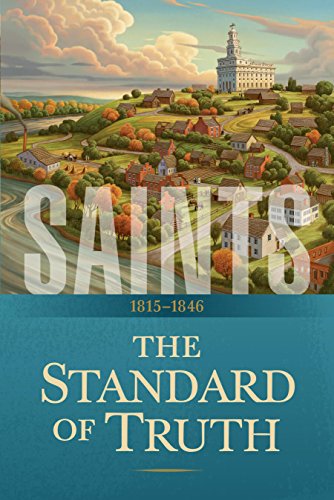 We did it! We had our All Saints’ Day Celebration last night.

We gathered around the “electronic fireplaces” (laptops/iPad) as a family to discuss the Saints Vol. 1 book. I had wanted to do it on Friday, which was officially All Saints’ Day,  but my 15-year-old wanted to go to the last high school football game of the season. (His team won, btw, and is going to the playoff.) My two homeschooled, seminary-aged children and I have been listening to a chapter a day in the Gospel Library App on the way home from seminary every day.

So three out of the four older children who live out of state connected with us via zoom so we could discuss it. Here’s the backstory behind our discussion. I gave everybody plenty of warning (over a month’s time) that I wanted to do this. Like good adult children should,  they humored me by coming and talking about it. First we played “Guess Who?” where we gave clues as to someone in the book and the rest of us had to guess who it was. This book has so many heroes as well as a few scoundrels. The scoundrels’ names even sound rascally, like Abner and Philastus. (My apologies to any nice Abners or Philastuses out there.)

Here are some of my favorite heroes from the book:

I wasn’t with it enough organizationally to make a cake, to crown off the celebration, much as I had wanted to. We will just pretend the cake I made below for my anniversary is what we had last night, haha. It’s sugar-free and gluten-free, basically the THM Trimtastic Chocolate Cake.

Next year I plan on stretching out the celebration. We will do Heroween on Halloween night and talk about heroes in general, then on All Saints’ Day we will discuss Saints Vol. 2, then on the Day of the Dead, Nov. 2, we will talk about some of our dearly departed ancestors. I just saw on Facebook one of my high school classmates celebrated the Day of the Dead. He and his family created displays with mementos of ancestors. It’s so important that we remember those who have gone before us, who lived the truth and died nobly for the cause of Christ. 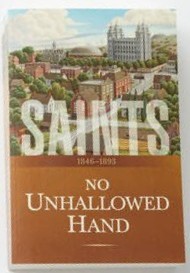 I have loved listening to the Saints podcast. It gives so much insight. These Saints were just like us, imperfect, yet full of faith. When they followed the Hero Journey/Covenant Path, God helped them be more than they could be on their own. We have the same opportunity today!