#abookandagameaday, Wed. 3/4/20: Carmen, Secret Hitler, and What to do when cheating happens in gameschooling?

Posted on March 4, 2020 by treeoflifemama

Today was History/Geography Day for our gameschooling. So that means we use that theme for our book(s) and our game(s). I always like to do a biography on this day, in addition to our regular read aloud chapter book. We are still making our way through Miracles on Maple Hill, which is our daily read aloud chapter book. It’s a delightful book all about stewardship in nature and community interdependence. You can listen to it in YouTube, but the end of Chapter 5 is missing. You can listen to it intact in Scribd. 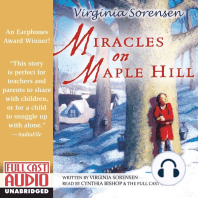 On Wednesdays, for our History/Geography theme, I like to read aloud a biography for children, after I do the regular read aloud chapter book. So today we did Mr. Rogers, using the above book at the top of this post. We are doing 3-4 chapters a week, every Wednesday. The chapters are short and have lots of illustrations. Wow, Mr. Rogers, what a rare national treasure. He’s a wonderful example of how when you live your Christian values, and persist even if people make fun of you, you will eventually get more recognition for being nice, even if it’s after your death. I love his posthumous popularity. When I was a teen, it was cool to make fun of him, but now it’s cool to pour on the accolades about him. He didn’t change. So what’s the deal? Why do people think he’s so cool now? He should have been cool then. Shows how fickle people can be.

Anyway, then we played this game: Oh I wish! Not really! I just discovered this game two days and now I’m drooling over it. That would have been wonderfully synchronous to play it. I don’t have the Mr. Rogers game yet, but now it’s on my wishlist! I just may save it only for the adults though. The back of the box says it’s more for my generation because of the nostalgia involved. For our gameschooling, we really played Where in the USA is Carmen Sandiego? pictured below, and Secret Hitler, for our History and Geography games of the day.

I’m working on getting the kiddos to like the Carmen Sandiego game. They just don’t appreciate how long in the making this game was for me. I picked it up used at a thrift store years ago before we moved. After the move to AZ, it sat unused for four years. Just a few months ago, when I went to use it for our gameschooling, I discovered the board was missing. Ugh! After much looking in the house and then searching online for a download soft copy, I resigned myself to having to find a hardcopy on ebay. My dear husband granted my wish and got it for me as a Christmas gift. Yay! That shows how much of a nerd I am, LOL, that I want a used Carmen Sandiego board game for Christmas. I like the quiz aspect of it about US geography, US landmarks, and that it uses memory skills as well. The game started as a software game, then evolved into a TV game show, then a board game.

You play the first round answering US geo questions and remembering where certain cards are to catch the crook with the matching warrant, loot, and crook cards. Then to catch Carmen Sandiego the whole group has to correctly place capital city tokens on the USA map board. I think it’s fun but the kids not so much. Maybe they are just spoiled by flashier games? It just brings back nostalgia for me of long winter days being home as a new young mom with one and then two little babies. I would watch the PBS Carmen show for fun and intellectual stimulation on dreary afternoons. Please be nice to young moms. They are often cooped up too much! This was in the Stone Age of the mid 1990s before I had the Internet accessible in my home. 🙂 (The show is actually Where in the World is Carmen Sandiego, not the USA. I have both versions of the game and plan on playing the world one soon.)

I also love the Rockapella group from the show. They sang amazingly! Oh how I love those a capella vibes.

The Millennials in the video below are just too young to know the song. Too bad Sean Altman didn’t interview middle aged people like me.

How I digress! Anyway, the Carmen Sandiego game was like the “vegetable” the kids had to eat today and Secret Hitler was “dessert.” Secret Hitler is probably my children’s overall favorite board game.  It is a social deduction game with subtle history and political lessons, as it simulates the climate of pre-WW2 Germany when Hitler rose to power by first being chancellor and then president by gaining favor among his fellow fascists. My children love it for some reason. Probably because of all the sneakiness.

It is similar to the board game Avalon, where you have secret roles and you are trying to figure out who is who so you can foil moves. My firstborn, age 26,  asked for it as a Christmas present a few years ago so I obliged. Every time he returns home to the nest, he brings it and they all have a grand time playing it, even on Christmas morning, Christmas Day, the day after Christmas, and New Year’s Eve. That’s how much they love it! I’m still figuring it out. The more I play, the more I enjoy it. I just seem to have a hard time adapting to games involving lying/acting.

You can get your own free copy of it over here. Just download, print and play! It is black and white. If you want to be fancy, color it like below, with the fascist boards blue and the liberal board reddish orange. 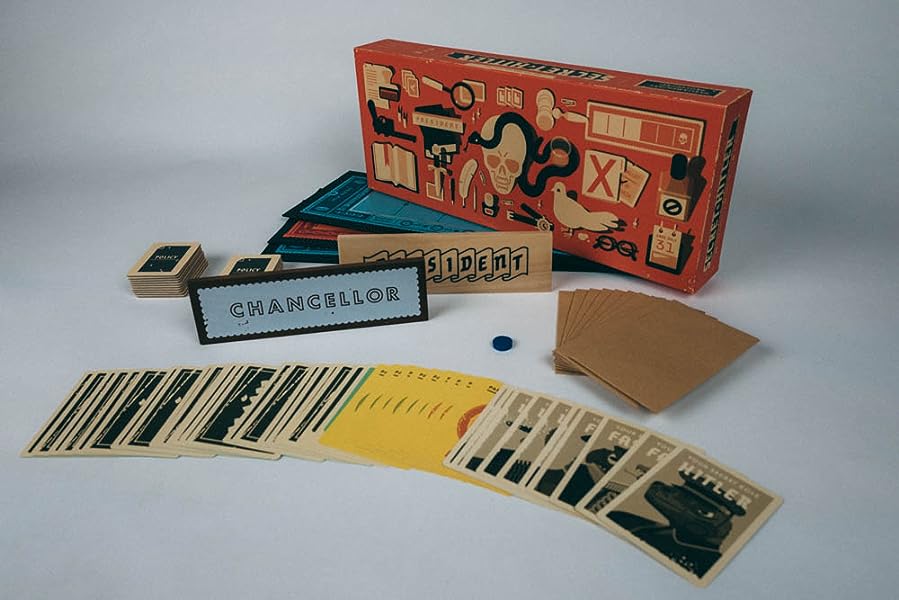 I think we all had fun playing it this morning, even though the metagame wasn’t the true metagame it could have been because it turned out my two sons colluded/cheated and dealt out the Hitler card to one of them, one fascist card to the other of them two, and then the other fascist card to the other boy of the group so they could all collude. It’s supposed to be random! So that’s the last time I let either son deal out cards for a LOOOOONG time. Or let them sit together.

Note: “Metagame” is the “game behind the game” which involves the people’s personalities, emotions, and their sportsmanship.

So what to do when people cheat in board games? in this case, what I’m doing is not trusting them for a long time. They just lost the privilege for any type of leadership role in a board game, including dealing. They get to earn all of our trust back. Here’s what Ellie Dix, author of The Board Game Family, says to do about cheating:

Don’t leave one person to do all the setup on their own. Reduce the opportunity for cards to be ordered and resources to be manipulated before the game starts.

Make it harder for players to cheat during the game. Place pooled resources and banks well away from individual players’ boards, ideally slightly higher up (maybe on top of the box) and in full view of all players.

If you suspect cheating during a game, pause and take a few moments to review the rules. Make sure it is really clear what qualifies as cheating and what behaviours and moves are acceptable.

Avoid playing games that use mechanisms like rolling dice behind a screen as these rely on honesty and manipulating the outcome is too tempting for some.

Make sure that there is no extrinsic motivation for winning. Neutralise the reasons why they might want to win as far as possible. Make sure you’re praising brilliant play of the metagame and clever moves, rather than only rewarding the winner.

Take time to talk to the culprit individually away from the game, possibly afterwards or even on another day. Avoid using the term ‘cheating’, but ask them why they felt the need to manipulate the results. Find ways to remind them about good gamesmanship and make sure you recognise their excellent choices in the next game.

If necessary, declare the game void because you’ve noticed cheating. Don’t openly state who you think the offender is, but remember to follow up later on. Then move briskly on to a different game.

You can read this book for free here.

That’s from Chapter 5 of The Board Game Family by Ellie Dix. You can read it for free if you sign up for Scribd here. I like how she concludes the section on cheating where she says that if you let the “metagame” kick in people will see how enjoyable that is and eventually stop cheating because they won’t have a need to cheat. I think by that she means that when you let people experience the metagame involving true gamesmanship or sportmaship they will enjoy it. They will learn that it’s the experience of the game with people acting honestly with skill, by giving a great “go at it” or “the old college try” (the metagame), and not the victory, that is really enjoyable. The older son, the ringleader, expressed a belief that if you aren’t a fascist in the game, it’s not fun. Aha! So somehow I’m going to figure out how to create a situation where he enjoys the game without being a fascist, by enjoying the metagame. Here’s Ellie below explaining the metagame.

Which brings me to my next questions. Why do we always say someone is a “good sport” or “a poor sport” and not just a “sport”? What exactly is a “sport” in the form of a person, not a dog or a cute little boy? How come “sport” used to be an affectionate name for someone but now we hardly hear it used without a qualifier? This definition here says a sport is “a person who behaves in a good or specified way in response to teasing, defeat, or a similarly trying situation.” So why do we need to qualify a “sport” with the word “good” nowadays? Has our language deteriorated to only saying someone is a good sport or a bad sport because a plain sport is hard to come by? Has our language deteriorated as a reflection of a culture losing the values of  living and playing fairly?

Disclosure: the link to Scribd is my affiliate link. If you sign up for Scribd, you can get two free months. The cost is the same for you and I get another free month. If you are a bibliophile like I am, you will love it! It gives you unlimited access to thousands of audiobooks and books in text format, more so than Audible. I have Audible too and love both platforms.

1 Response to #abookandagameaday, Wed. 3/4/20: Carmen, Secret Hitler, and What to do when cheating happens in gameschooling?