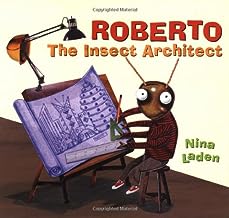 I love books like the one above, that have lots of funny cultural references to art or literature, along with a running joke for the whole plot. This is such a funny book! It’s about a termite who won’t eat his food (wood) but wants to play with it as a budding architect. Hilarious! I had to explain the cultural references to Bugsy. Some day he’ll get them. 🙂

(Check it out in scribd.com, an online digital library.  If you want to know more about scribd.com, go here. It’a wonderful alternative to the public library, which we can’t go to right now because of the lockdown.)

I invited my two older kids’ homeschool Pyramid Scholar Project class to play this psychology-based board game via Zoom. (The two older kids who live at home still.) It was a great game! We had six players so it was perfect as the max player amount is 6 players. I was gamemaster. We logged into a laptop so I could control the Zoom room as host, and then logged into the iPad without connecting the audio, and suspended it from the chandelier right above the dining room table above this board game to livestream the action of the board. You can actually learn about psychology while playing this game. Although it’s over 30 years so maybe some of the answers are outdated? (Does science change like that? My teen son kept saying some of the answers had to be wrong.) You can also learn how the mind of each player works. I’m going to play it this weekend with some adults for a Zoom date night. I’m totally looking forward to it.

I really hit the jackpot this day in terms of playing board games. I got to play Therapy in the afternoon, and then that night, I was in charge of activity for Family Home Evening, and I picked these games:

We played for an hour, and played each game for 15 minutes. Whoever is ahead at that point, wins. I love it when we do this! It just injects a lot of variety into my life, which is something I crave. Actually, for the Say Anything Game, we used the cards in Say Anything to play a DIY version of The Game of Things. It worked well, we will be doing it again until I actually buy The Game of Things.

We rounded off the evening by watching this comedy sketch below by funny senior citizen Brad Upton. I’m so grateful for the Harmon Brothers, the guys behind Dry Bar Comedy. It’s great to have a whole storehouse of funny videos besides Studio C, which only hits the spot for me about half the time or less. So hilarious!